Eminem has announced the grand prize winner of his #GodzillaChallenge on the Triller app, as well as the five runner-ups.

Eminem revealed which lucky fan has officially been crowned the winner of his #GodzillaChallenge on the Triller app,
along with the five runner-ups for the contest.
Em first launched the challenge last month, asking fans to attempt to spit his insane third verse off the Juice WRLD-featured track, which reportedly sees Em dropping 229 words in 30 seconds.

While fellow rappers like Bizzy Bone and Biz Markie tried their hand at it, and Twista
made promises of taking a stab it but never delivered, Em ensured that the true amateurs would
win the promised repost and additional, unspecified prizes.

According to Em’s posts on social media, a young lad under the username @jacksherlock1
has been crowned the winner.

“Godzilla, fire spitter, monster” 🔥 #GodzillaChallenge @triller winner squad on the site. Shout out to the homie jacksherlock1 on taking the #1 spot! https://t.co/5Es6a20KPN pic.twitter.com/b0j9KgwOD1 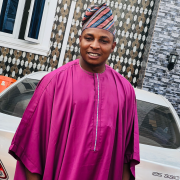 ALBUM: Eminem – Music To Be Murdered By Zip File