Mavin record latest signee, crayon dropped a single “so fine”.
Crayon, being the new face of afrobeats who is yet to be fully recognized in the music industry has released a mind-blowing song that everybody is talking about. The song is all about crayon telling the girl he loves to call him and he will respond to her calls.
We were eagerly waiting to see what the artist could deliver because this was his first solo and official project under the label.
Luckily, he did not disappoint his mentor, Don Jazzy, and the record label as a whole.

Despite the song being more than 4 minutes, some fans still feel like the song should have been a little bit longer. the song “so fine” has a lot in common with some of WizKids song, maybe because wizkid is his mentor. Personally, I feel crayon should have put more effort into the song in order for him to get fully recognized in the industry. The visuals were shot by clearance,
one of Nigeria’s baddest videographers. the song was produced by mavins records as they never fail in producing good beats. 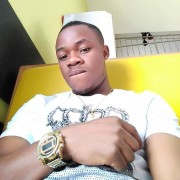